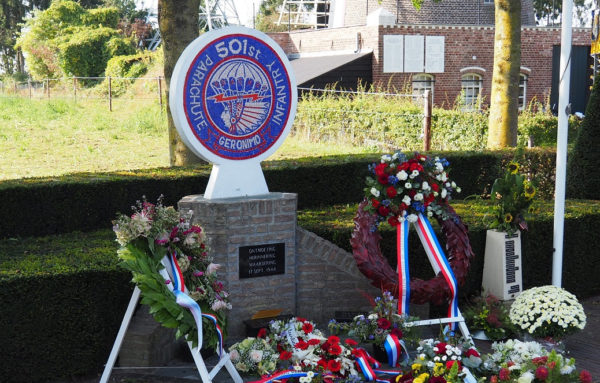 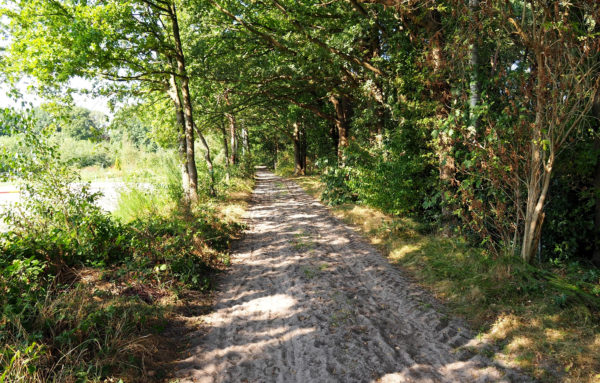 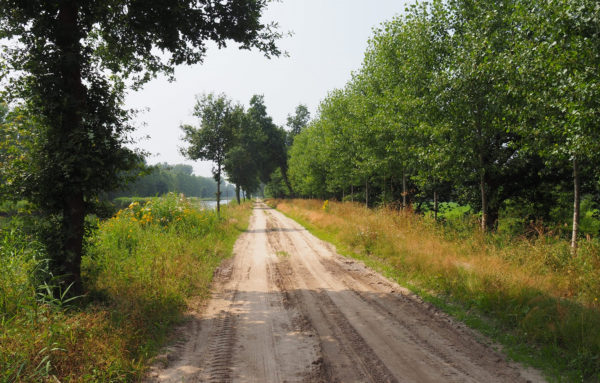 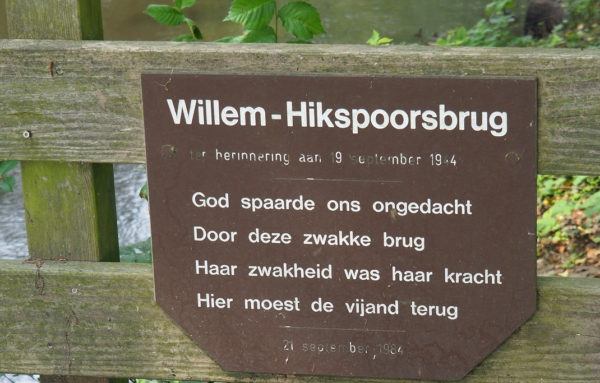 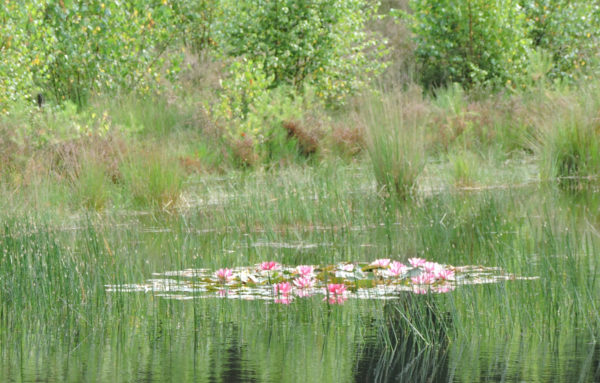 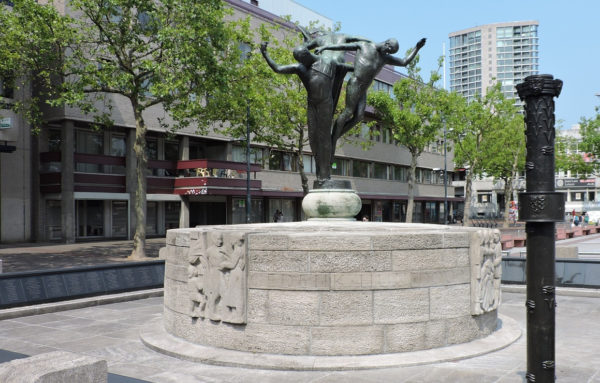 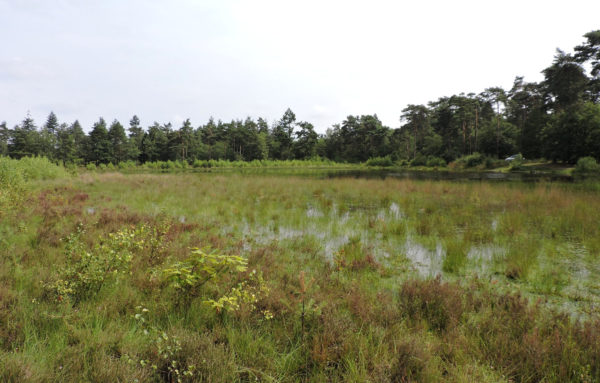 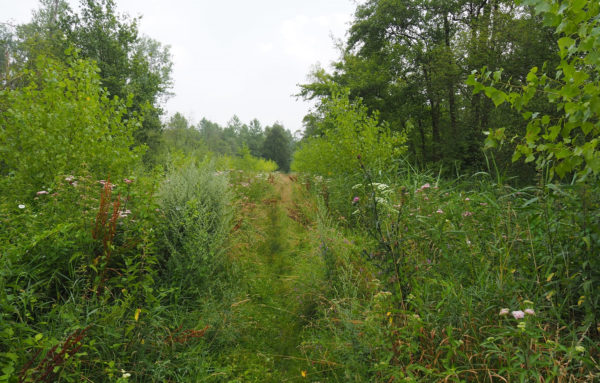 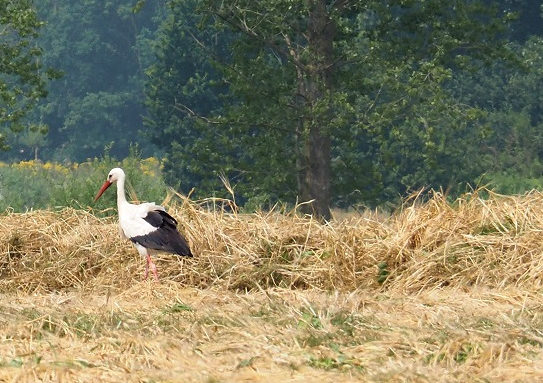 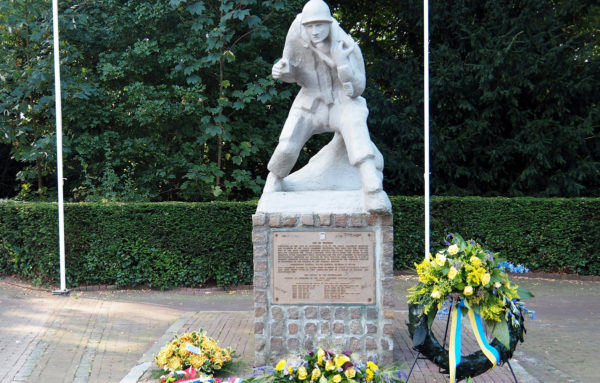 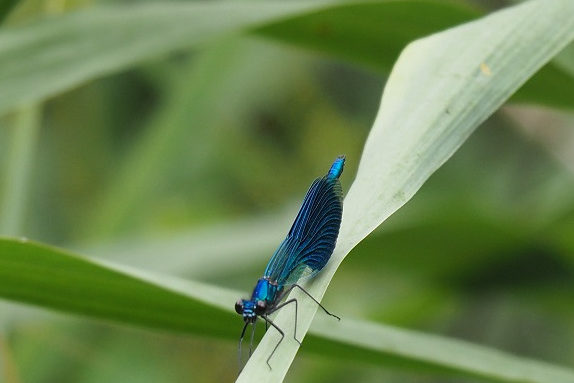 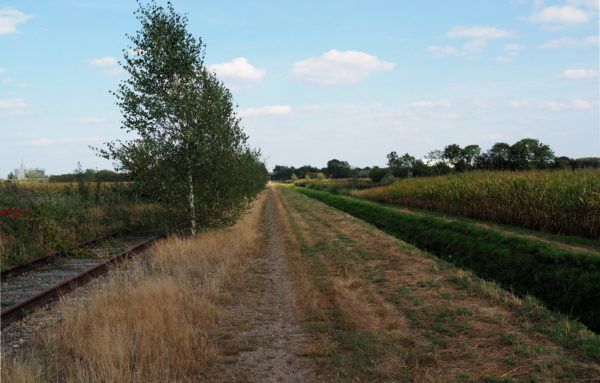 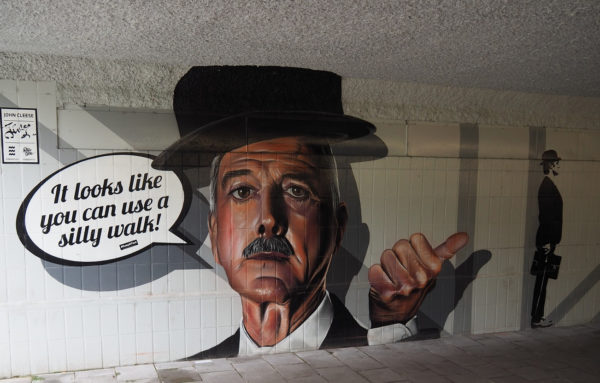 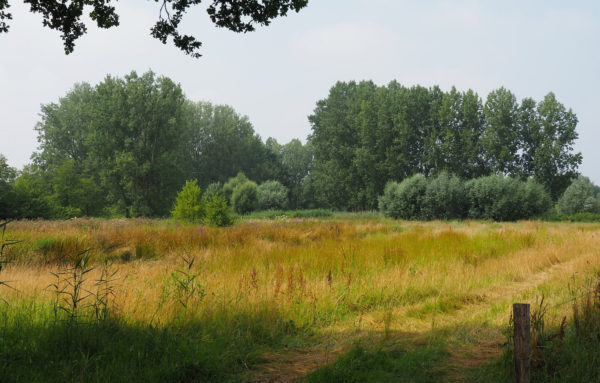 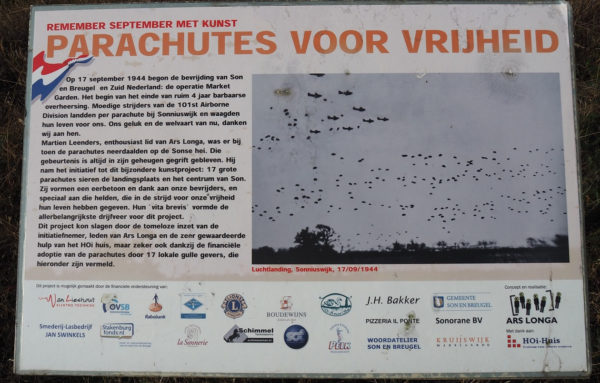 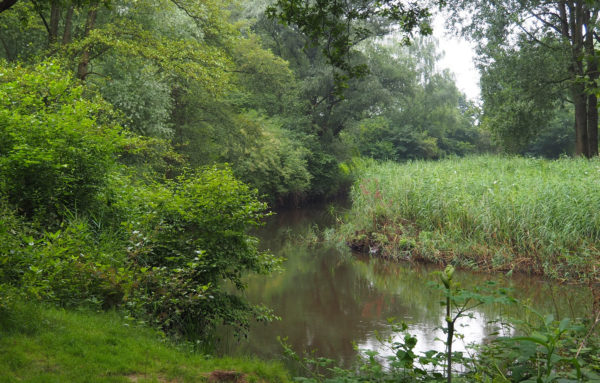 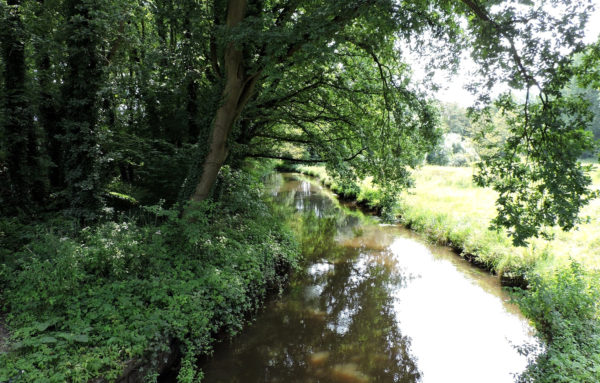 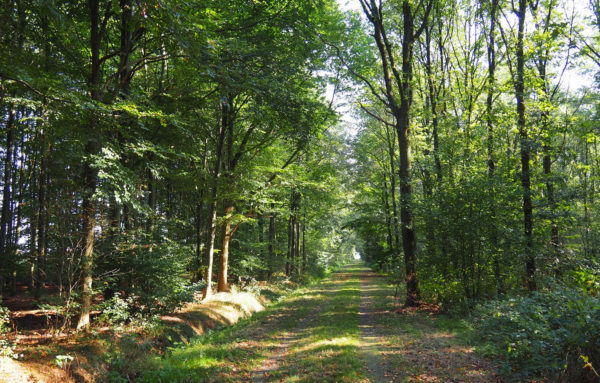 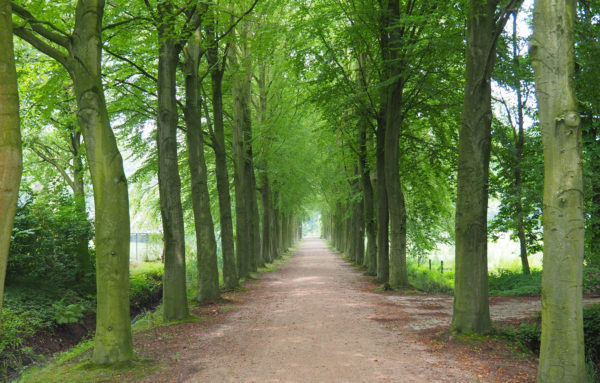 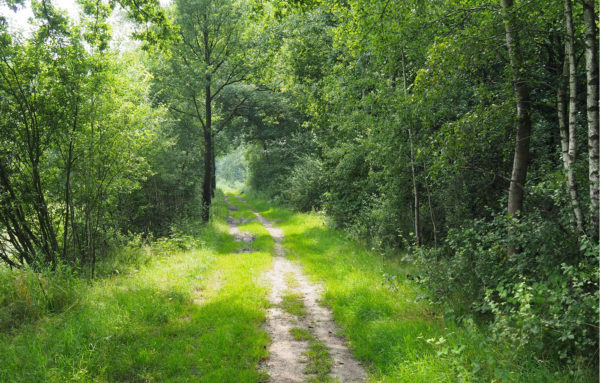 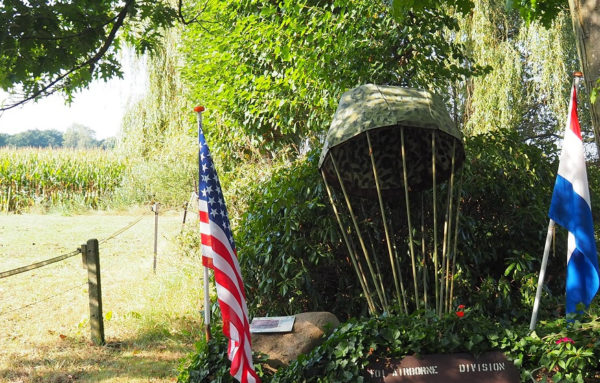 
This trip takes you along the southernmost part of the route, that operation Market Garden followed in the fall of 1944, while liberating the Netherlands. We start near the Belgian border and we end in the town of Veghel. We combine the wonderful nature of the province of Noord-Brabant with a number of monuments that remember the liberation by amongst others the American, British, Canadian and Polish forces.  The landscape of Noord-Brabant is characterized by a combination of agriculture, small patches of forest, heath and small streams. You combine that with villages like Son and Sint-Oedenrode and a big town like Eindhoven and you get a diversified walking route. You’ll be able to spot a few birds of prey, like sparrow-hawks and buzzards, see many lazily grazing cows. Along the rivers you can see many small birds, dragonflies, but also different types of herons. In our small-scale hotels you will be received friendly and you can enjoy a hearty meal.


This trip is the first of three parts that follow operation Market Garden. This operation consisted of two parts, Market, in which thousands of paratroopers were dropped to secure all the bridges along the route, and Garden, in which the infantry moved north fast to support these paratroopers. This is a part of the Liberation Route, that wasn’t all successful, since the town of Arnhem was not reached in the end (although we’ll be able to get to Arnhem). Not in this part of the trip though. You’ll walk from Luyksgestel near the Belgian border to Veghel in four days, which is almost as fast as the soldiers did. We’re not following the exact route, in order to avoid too many suburban and industrial areas built after 1944, but you’ll get to enjoy the nature of this area for which the soldiers most likely didn’t have the time back then.

We cross a few times The Liberation Route

Today you’ll arrive in Valkenswaard, village to the south of the city of Eindhoven. It is an attractive village, in the middle of woodlands and heath. A good village for a day of cycling or hiking.

We start in Holland with our walk tracking Market Garden, although it actually started just south of the border in Belgium. On September 17, 1944 operation Garden, the invasion over land started near Valkenswaard. At 14:00 more than 300 cannons opened fire at the Germans, who had dug themselves in, just south of Valkenswaard along the road. After that the British tanks start their march towards Valkenswaard. With some setbacks the tanks manage to reach the center of Valkenswaard at 20:00. The temporary headquarters are made in the local post office, and the troops prepare for the march towards Eindhoven. 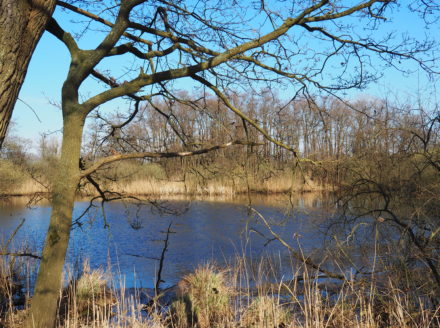 Our first walk takes you from the originally Belgian village of Luyksgestel back to Valkenswaard. After a short bus ride, we walk into the countryside of Brabant, alternated with some woodland areas. When we reach the forest south of Valkenswaard, we enter the area where the battle really started. At 14:00 more than 300 cannons opened fire at the Germans, who had dug themselves in, just south of Valkenswaard along the road. After that the British tanks start their march towards Valkenswaard. With some setbacks the tanks manage to reach the center of Valkenswaard at 20:00. We’ll pass the Airborne monument and the British War Cemetery, and then we walk into the wonderful nature area of the Malpie, a variation of heath, fens and woodland. In the course of the afternoon we’ll arrive back in Valkenswaard. 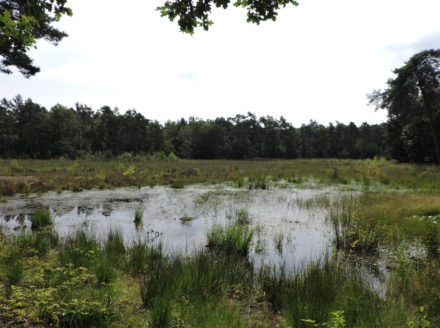 Forest pool between Valkenswaard and Eindhoven

On our second day of walking we make our way from Valkenswaard to Eindhoven. You’ll pass the central square of Valkenswaard and will walk out of the village towards the river Dommel. We’ll follow this for a bit and will turn back along the village to an area with woods and fens. You’ll pass between the villages of Waalre and Aalst and will then arrive on the edge of Eindhoven. You’ll walk towards the small river Tongelreep and will follow this, and thus enter the city along one of its green lungs. Before you know it you’re suddenly in the midst of Eindhoven, and you’ll reach your hotel with a view on a nice city park.

On September 18 Eindhoven was freed by mutual attempts from the forces coming from Valkenswaard and the Airborne forces coming from the north. However one day later Eindhoven was bombed once more by the Germans (which is why much of the old city center is missing). https://liberationroute.nl/nederland/historische-locatie/the-bombing-of-september-19-1944 . After this the battle moved to the north, towards Son, and Eindhoven remained in allied hands, being one of the first towns to be liberated in Holland. 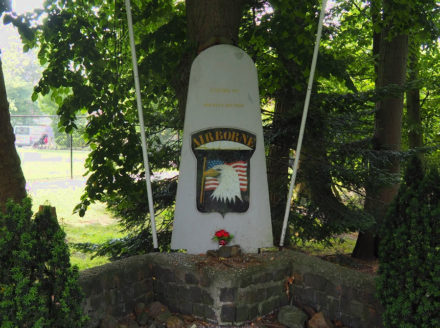 Today you’ll walk out of Eindhoven on the countryside of Brabant. We’ll pass though the city center and along the University campus to reach the river Dommel once again, which we’ll follow out of Eindhoven. You’ll pass through the countryside to reach the small village of Nederwetten. Through the nature area Heerendonk – Breugelse Beemden, you’ll walk to the Hamlet Stad van Gerwen, which is located along a canal (the WIlhelminakanaal, named after our former queen). Along this canal you’ll reach Son on quiet gravel roads. In Son we make a little detour along a small river and an Airborne monument before reaching your hotel.

On September 17th there were Airborne landings by the 101st Airborne division to the northwest of Son. The German guns had taken down a lot of planes on their way in, but still enough soldiers made it, to reach the important bridge at Son, only to find out the Germans had destroyed it on their way out. The paratroopers had to wait for the British troops to reach Son by land, so they could start building a temporary bridge. On the 19th and 20th of September, the German forces executed counterattacks to reclaim Son, but the village was held by the British troops. The hotel where you’ll sleep tonight has served as a lodging house for both the Germand and the British troops. The building was still a monastery back then. 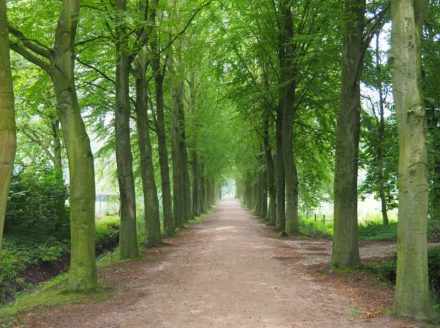 Forest road between Son and Veghel

Today you’ll walk through the woods and over the countryside from Son to Veghel. You’ll start your day with a visit to the monument for paratroopers in Son, after which you’ll enter the woods around Son. After a few kilometers you’ll exit those and enter the countryside. After some country lanes, small roads, and some more monuments for the Airborne divisions, you’ll enter the village of Sint-Oedenrode. Here you’ll walk past the castle, and through the center with many restaurants, and you’ll visit a monument which was actually placed here by the soldiers to thank the local inhabitants for their help. After Sint Oedenrode we continue through the countryside, along the windmill of Eerde and we’ll arrive in the town of Veghel. Along a monument for the Kangaroo’s and the lively market square we’ll arrive in our hotel.

Sint Oedenrode as crucial during operation Market garden, but mainly for the German forces. The allied forces had marched expeditiously through Valkenswaard, Eindhoven and Son, but in their march northwards (Hell’s Highway), the met heavy resistance near Sint Oedenrode. The German Jungwirht battalion succeeded in slowing down the progress with 40 hours. Especially near the bridge over the river Dommel and near the hamlets of Koevering and Eerde there was a bloody battle. The result of this delay was that forces arrived too late and the paratroopers were forced to withdraw from Arnhem, which meant Market Garden did not prove to be a successful operation in the end. https://liberationroute.nl/nederland/historische-locatie/hell-s-highway. 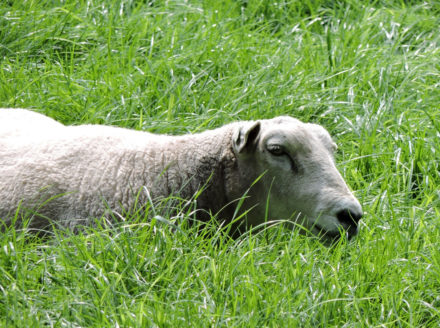 You have a good nights rest before you travel home.

Of course you can extend this trip and add part 2  (Veghel to Groesbeek), and part 3 (Groesbeek to Arnhem). In Groesbeek you’ll find the National Liberation Museum. Also you can add some time in Eindhoven which is a good starting point for both cultural and natural trips. From Eindhoven (and as well from Veghel), you can make a trip to the impressive war museum in Overloon, where you can get an impression how fierce the battle in this region was. From Veghel, the nature area of the Maashorst is within reach for another hike or a ride with the bike.


This is for one night and includes VAT and breakfast (diner is not included). 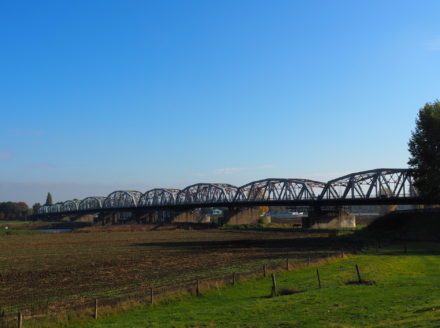 In the tracks of Operation Market Garden (2)

4 days of walking along the middle part of the route of operation Market Garden.

In the tracks of Operation Market Garden (3)