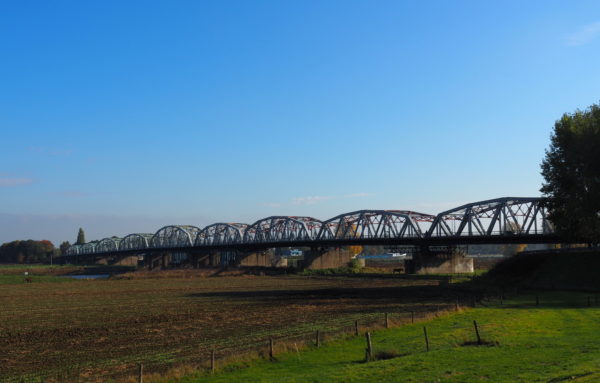 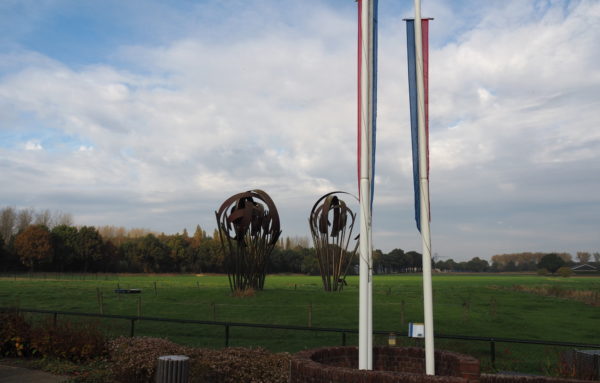 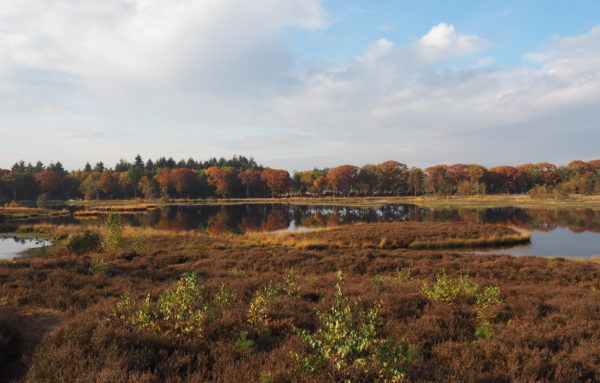 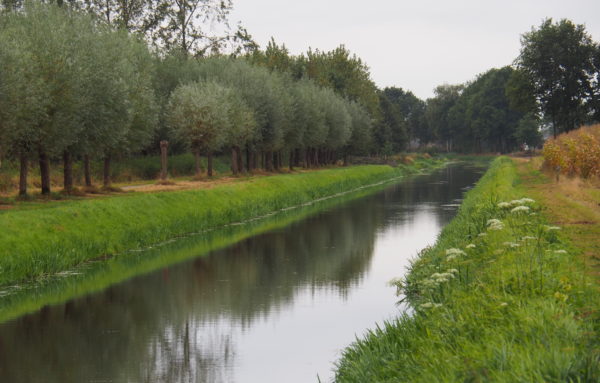 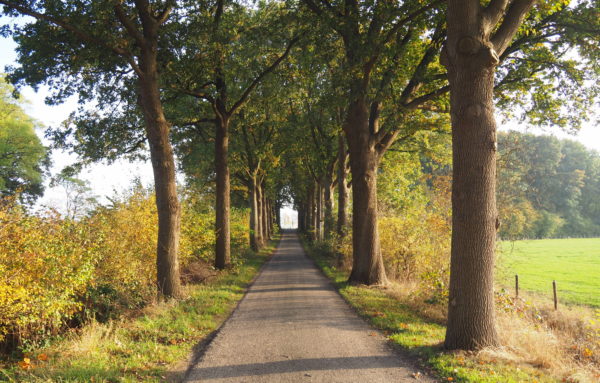 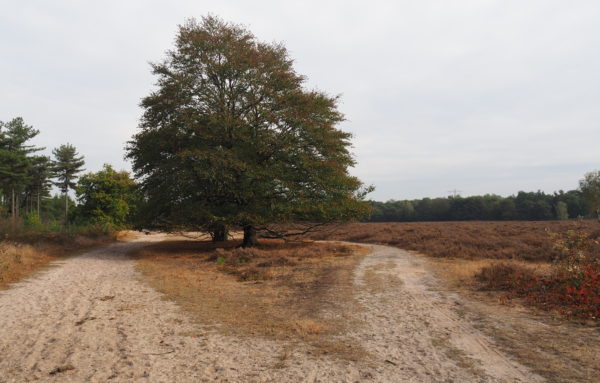 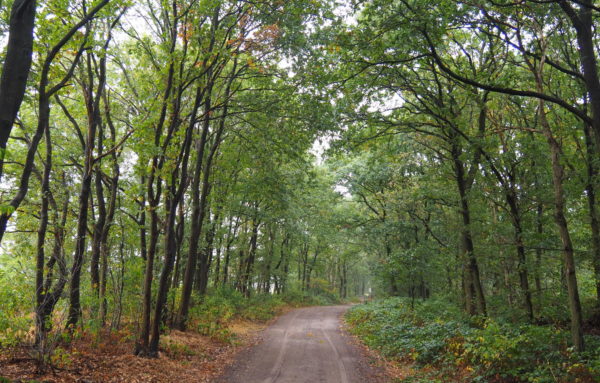 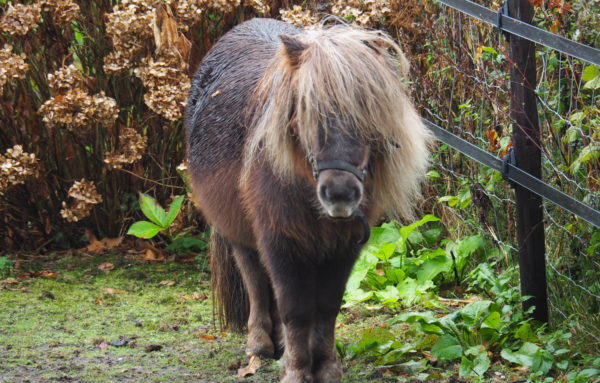 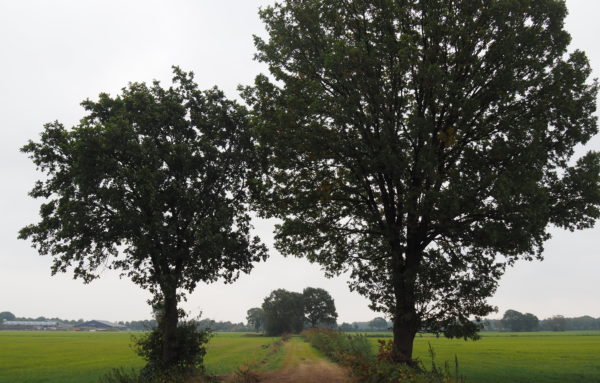 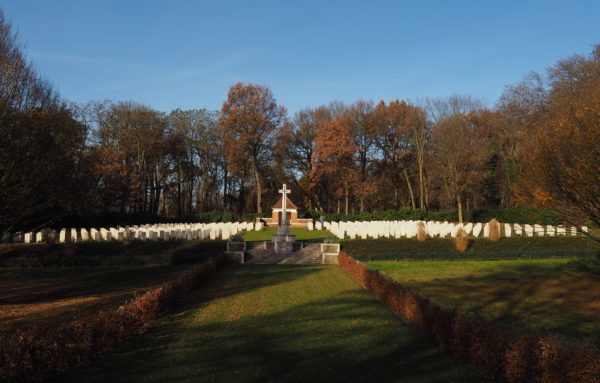 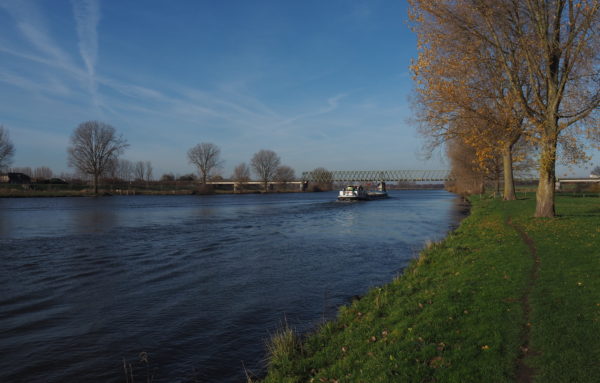 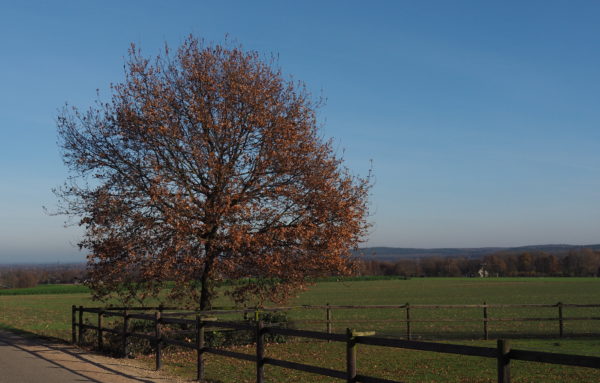 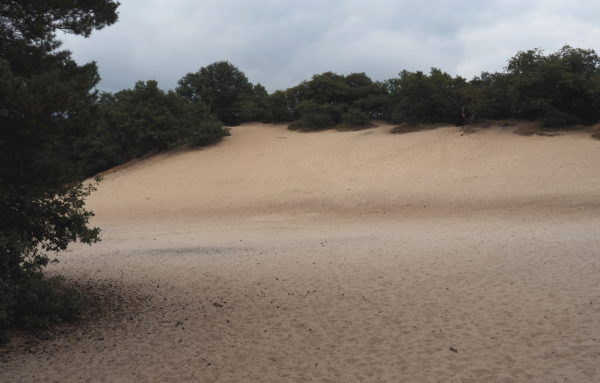 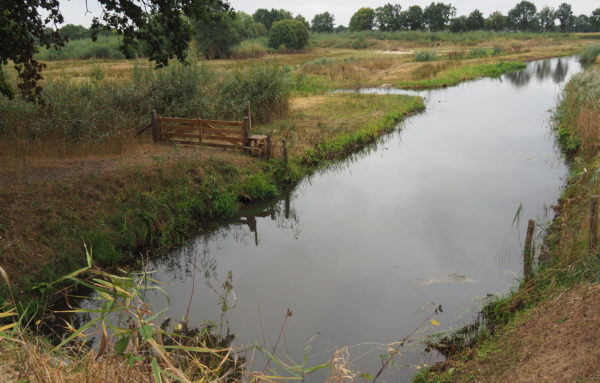 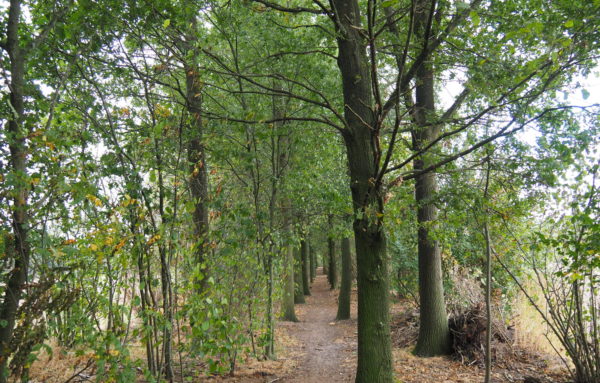 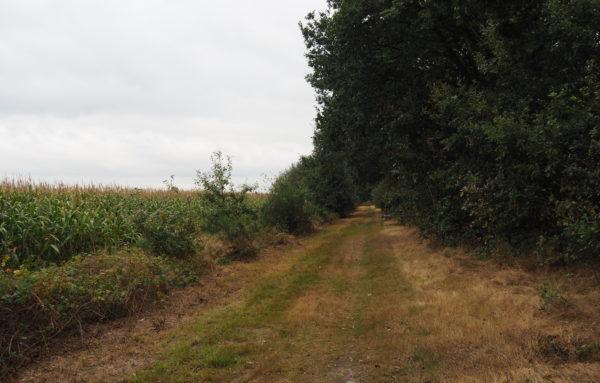 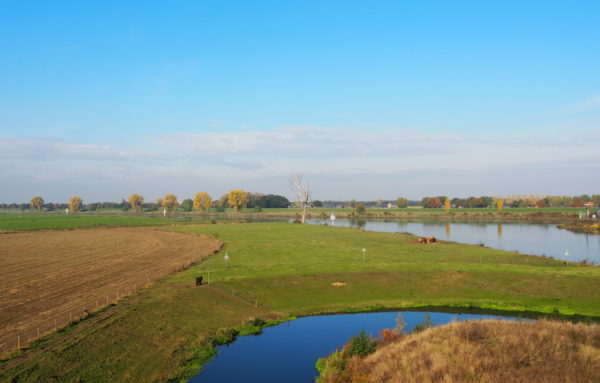 
This trip takes you along the middle part of the route, that operation Market Garden followed in the fall of 1944, while liberating the Netherlands. We start in the town of Veghel and we end in the village of Groesbeek. We combine the wonderful nature of the provinces of Noord-Brabant and Gelderland with a number of monuments that remember the liberation by, amongst others, the American, British, Canadian and Polish forces.  The landscape of the region is characterized by a combination of agriculture, forest, heath, fens, small streams and even some hills (very rare in the Netherlands). We start our walk in the countryside of Brabant, and through some wonderful nature areas like the “Bedafse Bergen” and the “Maashorst” we slowly walk towards the river Maas (Meuse), and to the border with Gelderland. There we walk in the polders between the rivers and the nature area of Hatertse Vennen to the Maas-Waal canal, which we cross to enter the hills towards our final destination in Groesbeek. In our small-scale hotels you will be received friendly and you can enjoy a hearty meal.


This trip is the second of three parts that follow operation Market Garden. This operation consisted of two parts, Market, in which thousands of paratroopers were dropped to secure all the bridges along the route, and Garden, in which the infantry moved north fast to support these paratroopers. This is a part of the Liberation Route, that wasn’t all successful, since the town of Arnhem was not reached in the end (although we’ll be able to get to Arnhem). Not in this part of the trip though. You’ll walk from Veghel to Groesbeek in four days. Especially in the second part you’ll find quite a few remnants of the war, and you’ll cross some of the heavily contested bridges. We’re not following the exact route of Market Garden, in order to avoid too many suburban and industrial areas built after 1944, but you’ll get to enjoy the nature of this area for which the soldiers most likely didn’t have the time back then. 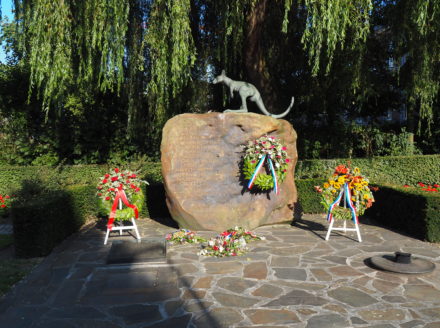 Monument for the Kangaroo's in Veghel

Today you’ll arrive in Veghel, a town some 30 kilometers north of Eindhoven. It is a town that has grown substantially since Market Garden, and it is now the industrial center of the region. Luckily for us, it has a nice market square with some nice cafes and restaurants. If you haven’t walked part 1 of our Market Garden walks, you can visit some of the monuments of the war, such as the monument for the Kangaroo’s. Your comfortable hotel is easy to reach, both with the car and with public transport. 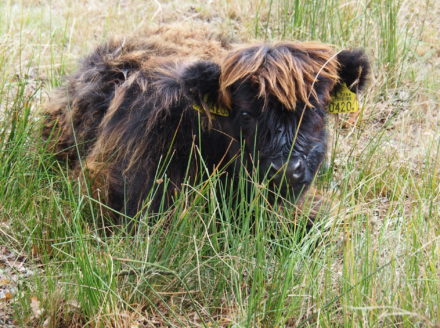 On this first walking day, you’ll walk from Veghel to Uden, known for it's giant St. Petrus church. You’ll walk out of Veghel quickly along the river Aa to enter the countryside. Some small roads bring you to another small stream, the Leigraaf. This is a quiet stream which you’ll follow for a while and where you can unwind and maybe spot some rare birds in the natural embankments of the stream. Then you’ll leave the stream behind and will walk towards nature area the “Bedafse Bergen” (Mountains of Bedaf), a combination of drift-sand, woods and heath. After exiting this area you'll walk through some surprising wet nature here, complete with willows and little streams. This brings you to the hamlet of Moleneind, which borders on Uden. Past the St. Petrus church you'll reach your hotel in the center of Uden.

You are walking on the corridor between Veghel and Uden, an important part of the route from Eindhoven to Arnhem. The allied forces managed to occupy the corridor swiftly, but on September 22nd, the Germans re-occupied parts of the corridor between Veghel and Uden, which meant that the troops in Uden had been cut off from the other forces. Luckily the Germans feared that resistance of those forces in Uden would be too big, and they did not attempt to recapture Uden itself. This also meant this part of the corridor went back into allied hands shortly after. 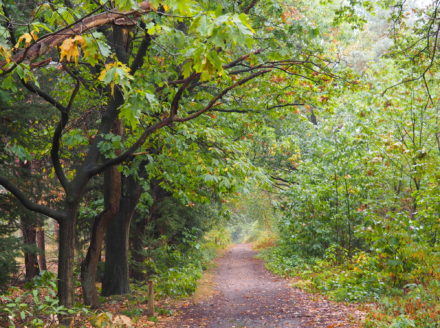 Walking in the Maashorst

Today you’ll make a wonderful walk between Uden and Velp. You’ll start your day with a visit to the Uden war cemetery, which is in the middel of town. After a short walk through the suburbs, you are entering nature area the Maashorst. This is the biggest contiguous nature area in Brabant, and you’ll walk through the heath, along fens, and through some woods. You might meet some European Bisons here and some other grazers. After the Maashorst you’ll continue past the village of Zeeland, and then towards the next nature area, being the Reekse Heide (Heath of Reek), which is more forest than heath. This will bring you towards your hotel in the village of Velp.

Today you’ll walk some more in the vicinity of the corridor between Eindhoven and Nijmegen. Your destination today, Velp, was liberated on day 1 of the operation, mainly because it is so close to the bridge at Grave. The conquering of this corridor was a risky plan. A strip of some 60 km in length and not very wide was not easy to defend and the Germans could attack in many places along this corridor, which they did. This delayed the operation so much, that in the end Arnhem was not reached by the ground troops, which meant the operation failed partly. 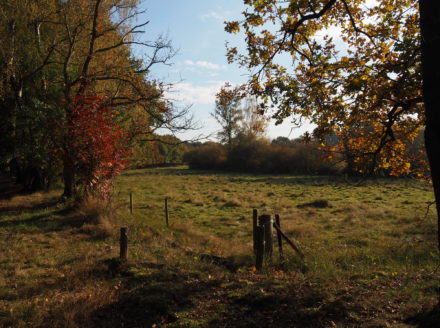 Today you’ll exit Brabant and you’ll enter the province of Gelderland while ending on just a stone’s throw away from the province of Limburg. You’ll exit Velp and through the polders you’ll walk towards the John S. Thompson bridge at Grave. This bridge was an important goal in operation Market Garden. Unfortunately, the biggest part of the battalion that had to take the bridge, was dropped to far away from it, which meant only 17 men were available to capture the bridge. They managed to take the southern part of the bridge, and later that day, the northern part was taken as well. You’ll cross the bridge and then you enter the land between the two rivers (Maas and Waal). After a walk through the polders and along Market Garden landing places you’ll enter the beautiful nature area of the Hatertse Vennen, an combination of heath, fens, and woods. Hereafter you’ll walk through the woods of Heumen and then through the village of Heumen which brings you to the Maas-Waal canal. There were four bridges over this canal, and at least one of these had to be captured during operation Market Garden, which the allied forces managed to do after some heavy fighting. This is exactly the bridge that we cross as well to reach the village of Molenhoek and your hotel. 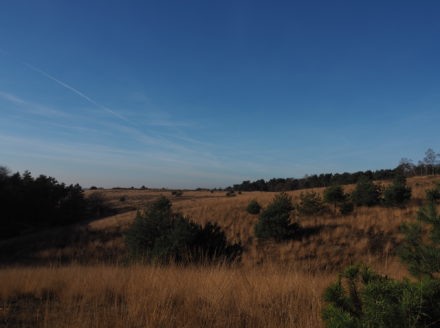 the heath near Mook

Today there is a short walk from Molenhoek to Groesbeek, which means you’ll have plenty of time to visit the National Liberation Museum, which is right next to your hotel in Groesbeek. Your walk starts next to the Maas-Waal canal for a while, after which you cross over to the nature area Mookerheide, which is a combination of forest and heath, and is even a bit hilly! You’ll pass the Mook War Cemetery, and a solitary grave near the church of Mook. After exiting the woods you’ll have a nice view on Groesbeek, and you’ll descend towards the village. After visiting the monument for General Gavin, we’ll walk through the village center of Groesbeek and to your hotel, and the adjacent liberation museum (http://www.bevrijdingsmuseum.nl/) . 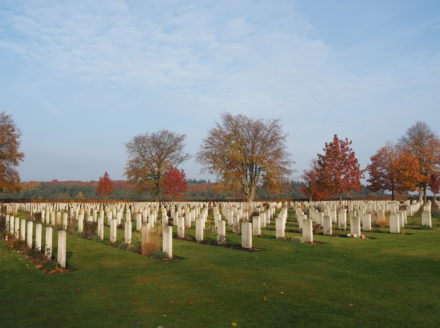 Today you can sleep until late, have a breakfast. If you have time, you can make another walk, maybe to the war cemetary near Groesbeek, or maybe you need some more time in the liberation museum. After that it is time for your journey back home.

Of course you can extend this walk by adding either part one of our Market Garden walk (from Valkenswaard to Veghel), or part three (from Groesbeek to Arnhem). You can also extend the trip with some extra nights. You might add a night in Uden and maybe rent a bycicle to have a different view at the area in a typical Dutch way. From Velp or Molenhoek it is easy to visit the old town of Nijmegen, in which you can easily spend a day. You might also make extra walks from Molenhoek or Groesbeek (your hotel can assist you in that). Also you can take more time in Groesbeek to spend more time at the liberation museum.


This is for one night and includes VAT and breakfast (diner is not included). 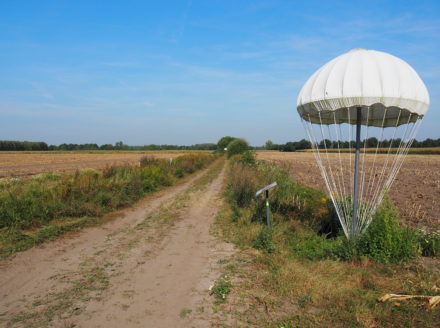 In the tracks of Operation Market Garden (1)

In the tracks of Operation Market Garden (3)